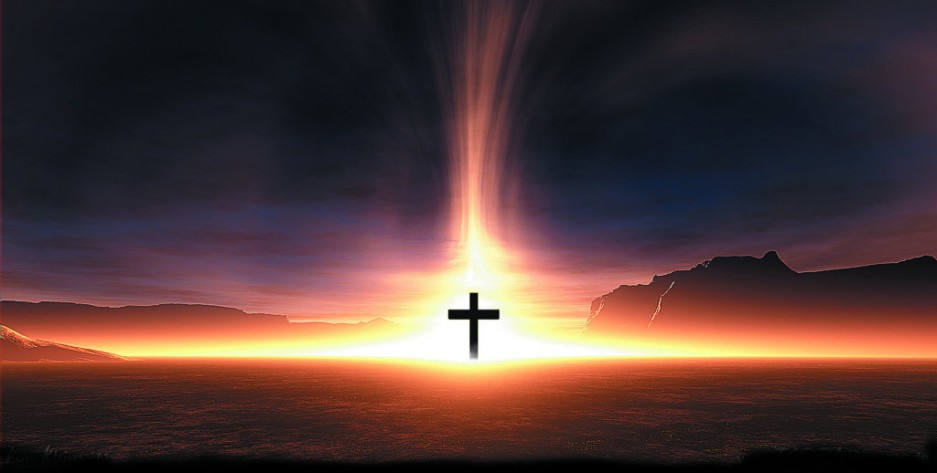 We have no fear of the “end of the world” because we are not even of this world but of the Kingdom that belongs to the King of Kings! Jesus is our First and Last, we were brought forth by God’s purpose in our natural birth and in Christ by our supernatural birth!

We were literally born of God when we received Holy Spirit and crucified with Christ to the world and the O.T. Law! Now our real life (our identity) is not who we were, what we do or even who we may still think we are but; it is Jesus Christ as Lord in our heart!

The Beginning of all creation was found in God and “Christ will be all in all” in us! What He has begun in us, He alone is able to preform and we are convinced that He will keep only what we have committed to him until the very fulness of the end (completion). The “end” is not when something is over. The end is when something reaches completion! The Greek context for “end/telios” is compared to a telescope that is fully extended.

The telescope doesn’t cease to exist. It has reached maturity, it’s maximum potential of increase.

That’s what we are aiming for in our lives, and it’s Jesus Christ reigning now in our actions, words, thoughts, intentions, will and even emotions! This life isn’t a show or an adventure. We weren’t created to be amused in life; we were created to take every single thing in our existence that is not completely God-like and turn it into a manifestation of Jesus Christ as Lord!

Jesus IS the First and the Last of all creation but also individually!

He has done it. He has performed his wondrous work and it was our work. He has become the end of the LAW to all who believe! He who has entered God’s rest also rests from his works just as God has rested…We enter God’s rest by yielding kingship of our lives to the King of Kings. Jesus isn’t forcing himself on the throne of our heart. He is standing at the door (even of born-again believers) and knocking gently; if we will not harden our hearts but will hear his voice and open to him; he will come in and lay out the feast prepared for us…it is fellowship with him!

Consume his peace, joy and righteousness and be satisfied by his abundance of grace. Grace is his divine power given to us internally to perform his will! We don’t live by food or drink but by the words of God that continue to proceed from his mouth and the Spirit of God that is a Deep well, like the Fountain of Life within us!

Be satisfied by God from within you as you yield to Jesus as Lord!

I believe Colossians 1:15-18 declares this 2-fold beginning in Jesus ~

but, there is a “second creation”. A “Re-creation” or “New/completely unlike anything ever before it creation” and He is the Head, Firstborn~

18He is also head of the body, the church; and He is the beginning, the firstborn from the dead, so that He Himself will come to have first place in everything.”

New Creation…God in us! The same power, same glory, exact same righteousness that Jesus had was already given to us in Holy Spirit! We don’t need God to “send revival”…God needs us to BE REVIVAL! We are the revival the world needs because we have the Spirit of Lord Jesus Christ in us!

We were never told to pray for revival. I am not saying to stop praying but, when you pray; know that YOU MAY BE the answer to your prayer!

That is not arrogant or presumptuous because God works THROUGH us doing infinitely more than we can ask, think or imagine! Paul didn’t write that God works through other people…he declared that it’s for God’s glory that God, Himself has chosen to do it through us! Jesus said the same thing in different words ~

12“Truly, truly, I say to you, he who believes in Me, the works that I do, he will do also; and greater works than these he will do; because I go to the Father. 13“Whatever you ask in My name, that will I do, so that the Father may be glorified in the Son.” ~ John 14

20Now to Him who is able to do far more abundantly beyond all that we ask or think, according to the power that works within us, 21to Him be the glory in the church and in Christ Jesus to all generations forever and ever. Amen ~ Ephesians 3